Update: Comments for this story confirm that using some of these cheats will not allow you to unlock certain achievements.

Having a tough time getting your revenge on in Liberty City? Thankfully Game Trailers user GhettoChild discovered the cheat codes in Grand Theft Auto IV for everything from restoring health to spawning an Annihilator helicopter. Using the in-game cell phone you dial the phone numbers to activate the code. While we haven't been able to confirm it, we assume using any cheats will no longer allow you to unlock any achievements and based on Rockstar's past with using codes, you may be unable to watch the final cinematic in the game.

Don't say we didn't warn you. Codes after the jump.

2K Sports' latest venture into the football game market All-Pro Football 2K8 has been met with a mediocre response from both reviewers and fans alike. Yes, it could be because the game has gameplay issues or because it lacks many common features, but we like to think that subconsciously people have been hard on the game because it doesn't include NFL teams. We're thinking the lack of recognizable NFL team names is causing everyone to hate on All-Pro 2K8, but friends we have a solution. Phil tipped us off on a simple way to get your favorite NFL team imported into the game, simply by entering a code. Just find your team's code on his website, enter it into All-Pro Football 2K8 and soon you'll be playing as your favorite NFL team. Yup, it's that easy. Now you can go back to enjoying your time with All-Pro 2K8 that is unless the game is fundamentally flawed, then we've just helped you put on a new coat of paint to hide its dents and dings.

Update 1: It looks like these "unlocks" are simply codes to download fan made uniforms that mirror that of the NFL teams. They are still nifty, but not quite official. Sorry for the confusion.

Crackdown's hidden and agility orbs are an addictive little treasure hunt for gamers. We posted up a guide for finding the hidden orbs, and now we're bringing you a top down map showing off all the agility orbs, courtesy of Achieve360Points. Sure, while the dots on the map don't exactly tell you what height the orb is at, the top left corner has some vital info for orb hunters. It tells you how many orbs are on each gang's territory. 212 for Los Muertos , 155 for the Volk, 128 for Shai-Gen, and the remaining 5 can be found at The Keep.

Combine that information with IGN's guide, which only has 498 Orbs pictured, or completely photographed lists for both types, but plagued with duplicate pictures, and you have a shot at finding the last ones you're missing. So, how many orbs, agility or hidden, do you have yet to obtain?

Inside the mind of a cheater

Have you ever played Battlefield or Halo online, only to be faced with dirty, filthy, joy killing cheaters? What was your first reaction? Whatever it was, we're pretty sure it wasn't "hey, would you like to do an interview?" That's exactly what Richard (nice name) from Aeropause did. The interview is a fascinating look into the thought processes of a cheater. Here's one of our favorite selections. When asked what game makers should do to curb cheating, the schmuck responds:

"Give Up! There is no way to stop us. Everyone wants to cheat and we will always find a way to do it. Anyone reading this is simply jealous of the fact that I have enough nuts to cheat and play the game the way I want to."

Wow. In denial much? Cheating because you enjoy making people miserable at least has some semblance of sense to it, but actually believing people are jealous of the act? That's practically mental instability. Still, his response to one question makes it all better:

"Do you have a girlfriend?

Schmuck5000: What kind of freaking question is that for this kind of interview? How does me having a girlfriend relate to cheating? (AP: We will take that as a NO!)"

Ah, the fetid reek of Loserville. Makes us all warm inside. Hit the read link for more insight, if you dare. 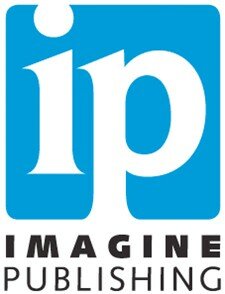 QJ reports that they have discovered the nefarious creator of the fake GTA4 screenshot. It turns out that the infamous email from a "disgruntled Rockstar employee" came from the mail servers of none other than Imagine Publishing. Imagine is responsible for several UK gaming mags including X360 and Retro Gamer. So why in the world would a publishing company release a fake screenshot? I think QJ has the right answer: Imagine wanted a story for their next issue.

What do you think? Was it a prank gone too far or a diabolical corporate scheme? 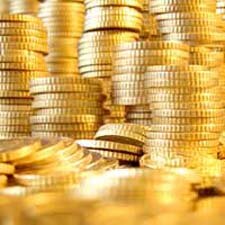 Wednesday sees the release of a new Oblivion patch that fixes over 40 bugs, including a couple old favorites:

Fixed an issue with duplicating items and unequiping the bow.

Here's the complete list. How many people have grown attached/addicted  to these cheats?

Cataloguing the glitches in Elder Scrolls IV: Oblivion is getting to be like counting Tribbles. This trick allows you duplicate hundreds of items easily:

Video proof here. Each time you duplicate an item, it costs you 200 MS points. Just kidding. 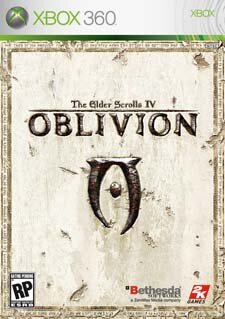 One of our gold-grubbing readers sent in another Elder Scrolls IV: Oblivion cheat:

On Oblivion if you want an unlimited amount of money eqiup your most expensive weapon (has to be a weapon....NO ARMOR!!) Get on your horse (w/ the weapon equipped) And travel to Kvatch when you get there stay on your horse with your weapon equipped and go talk to the orc with cornrow things on her head. Sell her your equipped weapon (it doesn't disappear) Keep doing this as much as you want. You get lots of money!

Cheat your way to Oblivion 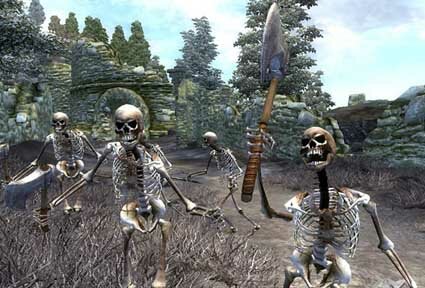 You know the sense of fanboy pride you get when you beat a good game without resorting to walkthroughs and cheese moves? Me neither. Fortunately, IGN has discovered an "infinite gold" cheat for Elder Scrolls IV: Oblivion:

In the Talos district of the Imperial City is the house of a man named Dorian. Enter the house and kill Dorian. When looting his body, highlight his gold and press A...and keep on pressing. His gold will never run out, giving you access to infinite funds. At any time, you can return to Dorian's house to loot more money from his corpse.

A reader also reports clipping issues with the wall directly across from the basement door. Say it aint so.

When you're finished looting that corpse, check out IGN's list of Oblivion achievements, but then a shameless cheater like you probably already rigged your gamerscore.

Call of Duty 2 save game corruption 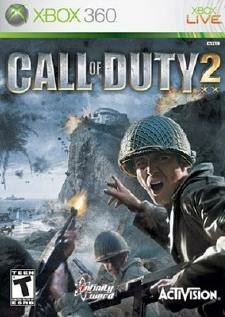 Call of Duty 2, the Xbox 360's highest selling game, has a bug that could render your saved games corrupted and unplayable. For a gamer who has just slogged his way through 10 hours of WWII battlefields, this is a big problem. IGN contacted Activision and luckily, there is a solution: cheat.

From the Mission Selection screen, hit "Select and HOLD both shoulder buttons and simultaneously hit D-pad left, left, right, right, Button Y, Y." This will allow you to select any level. There is another solution involving loading your profile before starting the game, although IGN found this method sketchy.  Activision is working on a permanent fix.